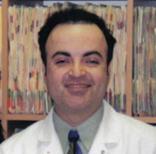 Dr. Kourosh Mehrabian graduated from the University of Maryland in 1990 with a Bachelor of Science Degree. He earned his Doctor of Dental Surgery degree from Howard University in 1996. During college, he made the Dean’s List, Honor’s List and earned inclusion in Outstanding Students of America.

After earning his doctoral degree he pursued a one year post-doctoral residency program of GPR at DC General Hospital department of Oral Surgery and General Dentistry. In this program he acquired extensive experience in most aspects of Oral Surgery. Following, his GPR he was on staff with a large practice in the state of Virginia. While there he was the sole practitioner of endodontic (root canal therapy) treatment. He has gone on to attend courses in dental implants, sedation, and electrocardiography.

From 1999-2010 Dr. Mehrabian provided volunteer dental services at the Spanish Catholic Center in Washington, D.C. He treated under-served and financially challenged families. His services include any aspect of required dental treatment while pursuing a high interest in dental implants. From 2004-2006 Dr. Mehrabian had continuing education for dental implants at The Science of Implant in Washington D.C.

In 2011 Dr. Mehrabian completed the vigorous training course of Conscious Patient Management with IV and Nitrous Sedation in General Dentistry at the Montefiore Medical Center, part of the University Hospital for Albert Einstein College of Medicine in New York, NY. He is one of the few dentists in the DC Metro area who holds a Class II permit for anesthesia and sedation, and he is also board certified.

Dr. Mehrabian is one of a limited number of dentists licensed to practice in Maryland, Virginia, the District of Columbia, and California while accruing more than 800 hours of continuing education. His ongoing studies are to insure that he stays current with the continual advances in the dental field. The total number of hours of his continuing education is almost eight times the state requirement.

He is multi-lingual and speaks English, Farsi, and general Spanish.